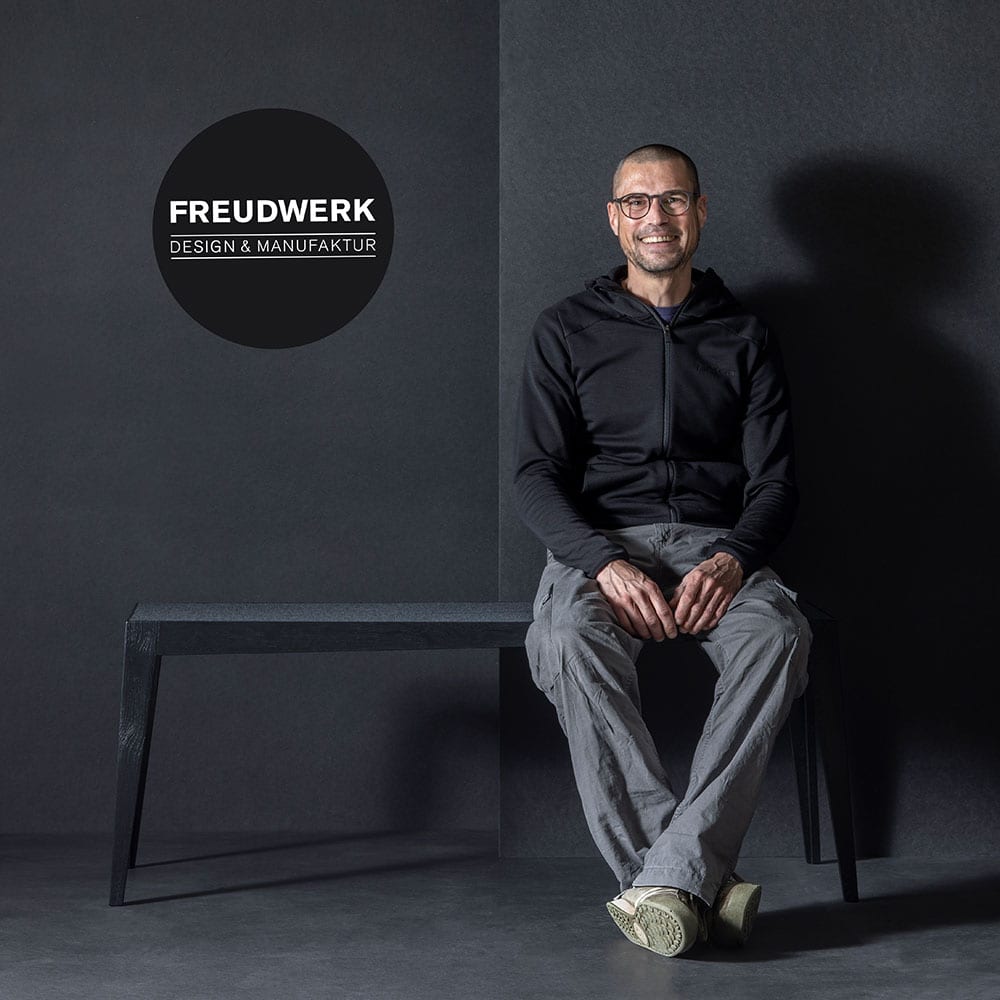 It all began in Glottertal, Germany. Born in 1978, Matthias developed early on a deep connection to nature and culture during his childhood. This was supported by the family‘s farming business (field, forest, vineyard, grassland). So, his rootedness in tradition and home arose early. Then, the handling of wood was restricted to the maintenance and care of the family forest.

During school, Matthias’ strengths soon became visible. These all happened to be of the artistic kind. Driven by his practical nature, he was destined to start working in skilled crafts and trades after graduation. So in 1999, he decided to start an apprenticeship as a joiner/cabinet maker. Following his first professional years, he felt like a change. Following his inner voice in search of development and self-fulfillment, he initiated a journey in search of his new self.

In 2014 he returned to his origins and founded his own furniture label by the name of FREUDWERK – Design & Manufaktur. Initially, FREUDWERK was merely a design studio located in Glottertal, Germany. In the meantime, Matthias owns and operates his own factory in Reute, Germany, where he develops and crafts his creations in a very skilled, careful and elaborate way. Alongside his own collection, Matthias manufactures designs from individual customer specifications. FREUDWERK services deliver conceptualisation, prototyping and serial manufacturing, that is, a wholistic design from beginning to end.

The message of the form